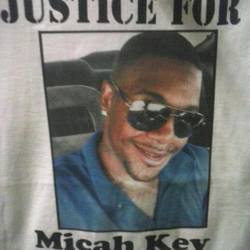 Texas Rangers are investigating the death of a 24-year-old man after San Angelo police used a stun gun to take him into custody.

The San Angelo Standard-Times  reports Micah Anthony Key of San Angelo was pronounced dead at a hospital early Saturday morning. Police say Key’s cause of death is not yet known.

Police say officers were investigating a family violence report when a man standing in the doorway of an upstairs apartment refused to come down and talk to them. Police say the suspect made aggressive movements when officers went up to speak with him and a struggle ensued.

Police say the first use of a stun gun appeared to have no effect. After the second use, officers were able to handcuff him. Shortly after he became unresponsive.