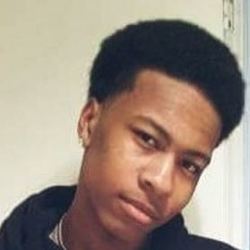 People tracking this case: 6 -- Click here to Track this.

In an undercover operation, detectives attempted to get the 16-year-old male, who they believed was connected to the homicide, to emerge from a Des Moines residence for questioning Jan. 27, according to the King County Sheriff’s Office. The teen and a 17-year-old male unrelated to the investigation, both armed with pistols, approached the detectives.

After the detectives identified themselves as law enforcement, they ordered the pair to drop their weapons before the 17-year-old male fired at the officers. Three detectives returned fire, striking the male, while the 16-year-old being sought fled.

The 16-year-old was eventually located hiding in a nearby apartment and booked into the Youth Services Center for weapons charges. They later determined he was not at the scene of the Beaver Lake homicide.

Detectives found the female in the surveillance photos on the morning of Jan. 28 at a Skyway home. That’s where they also located a 23-year-old Renton woman believed to be the driver in the fatal hit-and-run. The 23-year-old was arrested for vehicular homicide and the 17-year-old was arrested for identity theft and possession of stolen property. Deputies say both women were at the scene of the Beaver Lake Park homicide.

Authorities said Radcliffe, 22, was walking his dog with his girlfriend at the park when he saw someone who tried to break into his parked vehicle around 2:30 p.m.

According to police, Radcliffe armed himself with a handgun and confronted the suspects as they fled. The vehicle ran over Radcliffe after shots were fired. He died at the scene.

The Dunlap-Gittens family will settle a civil-rights lawsuit for $2.25 million, an apology and a promise by Sheriff Mitzi Johanknecht to pursue a new policy — to be named after the boy, Mi’Chance Dunlap-Gittens — that would require her deputies to use body and dash cameras.