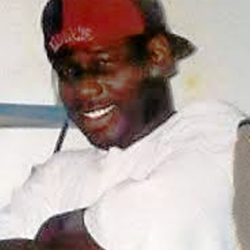 Cochran died of "position compression asphyxia" during struggle with mall security. Cochran told them, " I can't breathe." His death ruled an accident by medical examiner. Aftermath: No indictments for the security guards.

As depicted in two videos, McKenzie Cochran, 25, a Black Ferndale resident, was likely murdered by white security guards at Southfield’s Northland Mall on Jan. 28. Pepper spray, combined with a guard’s knee on Cochran’s back as he cried out, “I can’t breathe,” and other restraints applied by multiple guards leave little room for speculation.

This is despite the callous reaction of Northland Mall management shown in the second video, and caveats from the notorious Oakland County Medical Examiner and Prosecutor’s offices that their investigation of Cochran’s death will likely take a long time.

VOD will be contacting Southfield mayor Brenda Lawrence, who is currently running for State Representative, regarding her plans for a response to this latest death, as part of an upcoming story on the killings and beatings of African-Americans at the hands of a predominantly white Southfield police force over the recent period. Those killings are being exposed by the group “We the People for the People.”