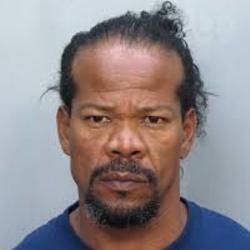 The confrontation unfolded Saturday night when a Miami police officer saw 52-year-old Maximo Rabasa — clad only in boxer shorts — wielding a knife on the street near Southwest 22nd Avenue and First Street. According to Miami police, the man ran toward the officer, who then locked himself in his patrol car and called for backup. When other officers arrived, Rabasa refused to drop his weapon and lunged at one cop, law enforcement sources said. Instead of firing their guns, officers used their Taser stun guns “multiple times” in a scuffle to try to restrain the man. The man finally collapsed and Miami Fire-Rescue was called to transport the man to Ryder Trauma Center at Jackson Memorial Hospital. Rabasa died Sunday at the hospital after going into cardiac arrest.