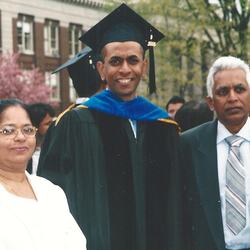 Mauris DeSilva, a 46-year-old neuroscientist, was having a mental health crisis in July 2019 when he was killed by Austin police.

On July 31, 2019, several 911 calls were made about an individual holding a knife to his own neck at a condominium in downtown Austin, according to the Austin Police Department. Police fatally shot DeSilva at the scene.

In a statement, defense attorneys said DeSilva refused to drop the knife as police instructed and police “had no choice but to use deadly force."

Christopher Taylor, the shooting officer in the case is the same Austin police officer who fatally shot 42-year-old Mike Ramos in April 2020.

On August 27, 2021, indictments charged officers Christopher Taylor, 29, and Karl Krycia, 28, with murder and deadly conduct in the fatal shooting of Mauris DeSilva.