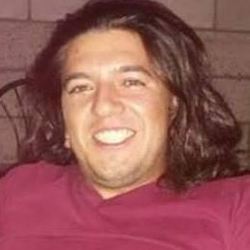 A man in his 30s died Monday night after a California Highway Patrol officer-involved shooting on the I-5 freeway, authorities said.

The incident closed all lanes of the southbound 5 through Irvine while the investigation continued.

CHP officials said they responded to a call about a pedestrian running in the lanes on the northbound side of the freeway. The man crossed over to the southbound lanes, where he was struck by a vehicle, but managed to remain on his feet, Fox said.

When officers arrived at the scene, the man was shot by one of them, Fox said. Officers attempted CPR on the man before paramedics arrived.

It was unclear late Monday what events precipitated the shooting, or how many times the man was hit.

Two months after the shooting, attorney Dale Galipo filed a claim on behalf of Leticia Barron, Mauricio's mother, that alleged the deadly use of force was unjustified. On October 2, 2017 the Orange County District Attorney cleared the officer.