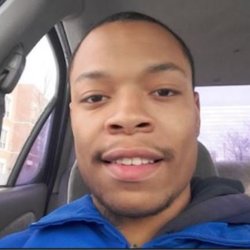 A 24-year-old man was shot and killed by a Chicago police officer Wednesday night June 6, 2018 on the city's South Side. Police said Maurice Granton Jr. was armed, but his family said the gun recovered at the scene wasn't his.

"I don't know what happened and occurred, but we'll find out and get to the bottom of it," said Beverly Varnado, grandmother.

According to a preliminary statement by police, officers were conducting a narcotics investigation around 8:15 p.m. in the 300-block of East 47th Street when Granton fled on foot. Officers chased him. When they commanded him to stop, police said he pulled a gun. Police said he was shot during an "armed confrontation."

The Cook County Medical Examiner's Office said Thursday afternoon Granton was shot in the back and ruled the death a homicide.

His sister, Joanna Varnado, identified her brother's body after he was pronounced dead at the University of Chicago Medical Center. She also said he was shot in the back.