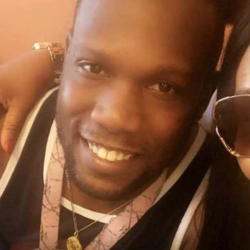 As reported by NJ.com, Maurice Gordon was shot dead by a state trooper during a routine traffic stop in Burlington County, New Jersey, and his family is still seeking answers.

According to the family’s lawyer, William O. Wagstaff III, the incident happened after the trooper stopped Gordon, 28, for speeding on the Garden State Parkway. When Gordon’s car wouldn’t restart, a tow truck was called and the trooper waited with Gordon.

The trooper’s name has yet to be released. Gordon was a native of Jamaica and lived in Poughkeepsie, New York.

Wagstaff then stated that an altercation happened when Gordon attempted to vacate the trooper’s car and that’s when he was shot.