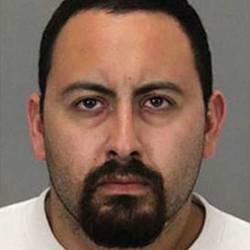 San Jose police fatally shot Matthew Castillo when he allegedly reached for a handgun when contacted by officers late Sunday night. Police on Monday said the Castillo was a suspect in a homicide that happened on August 13, 2015. Sergeant Enrique Garcia said police approached the suspect while conducting a follow-up investigation. However, a pair of officers fired their duty weapons and struck the man when he made a move to grab his own firearm. The man was pronounced dead at the scene, police said, adding that no other injuries were reported.