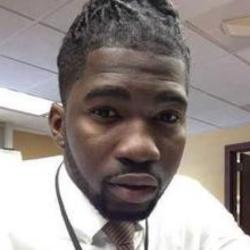 Matthew Ajibade was a talented 22 year old artist, designer and photographer at the Savannah College of Art and Design. He also suffered from Bipolar disorder. On the evening of January 1, 2015, his girlfriend called 911, in the middle of a domestic dispute, asking for an ambulance for her boyfriend who was in the middle of a manic episode. When the police arrived, his girlfriend pleaded with them to take him to the hospital, she informed them that he suffered from bipolar disorder. He was taken instead to the Chatham County Detention Center in Savannah, Georgia. The officers maintained the he struggled with them and injured several officers. According to the officers, Matthew was placed in a restraint chair and upon conducting their second welfare check on Matthew after his arrest, Matthew was found unresponsive and efforts to resuscitate him failed. Officers maintain that they don't know how he died. On June 4, 2015 Ajibade's death was ruled a homicide by Chatham County coroner William Wessinger.

On june 11, 2015, lawyers for Matthew Ajibade’s family filed a conflict-of-interest complaint in a bid to remove the district attorney.

Two Georgia sheriff's deputies and a health care worker have been indicted for involuntary manslaughter in connection with this case.

A lawyer for one of the former Chatham County jail deputies charged in the death of Matthew Ajibade says another deputy kicked Ajibade in the head.

Two former sheriff’s deputies on were indicted on September 9, 2015 on perjury charges for allegedly lying during a grand jury proceeding in the death of Mathew Ajibade. During the proceeding, Officer Kenny said he had tasered Ajibade before he was restrained. He actually tased the 22-year-old while he was being restrained, according to the Savannah Morning News. He faces one count of perjury for the statement. Officer Evans is facing three counts of perjury based on three statements made, including that "she recorded the checks in the restraint chair log as they happened,” according to court documents.

On Octpber 5, 2015, proceedings began with jury selection in the criminal trial of two former deputies and a jail nurse in the death of.

The convicted deputies in the case received minor sentences according to media reports as of November 6, 2015.