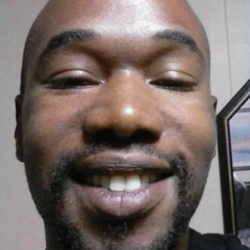 According to state authorities, police were called to a disturbance at the Dodge’s convenience store at 3605 South Division Street at 11:30 Sunday night. Employees told us Scott got into a fight with another employee.

The officer encountered Scott, who authorities identified as the suspect, across the street near the Deerfield Inn at 1100 Kari Lane.

"Scott allegedly attacked the officer and during a scuffle, the officer shot Scott who died later at a local hospital," state police said. The officer sustained minor injuries.

A witness told us he would've done the same if he were in the officer's shoes, but others say they're tired of hearing about police killing people. "I don't always blame them, but I think there's something else that can be done, you know, to stop their reaction from shooting people," resident Rosetta T. Kelly said.

People who knew Scott say he was a nice, quiet man and a father.