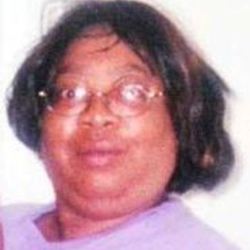 The husband of the Jersey City woman who was shot dead by a cop last night who was responding to a domestic dispute said the police could have subdued her in another way.

"They didn't have to kill her," said Wesley Brown, 51, whose wife, Martina Brown was shot multiple times last night at 87 Van Wagenen Ave.

Brown, who is about 6-feet, said police threw him to the ground and handcuffed him without a problem after he tried to stop them from putting police tape over the apartment's peephole, saying his wife would be less upset if she could see what was going on outside the door. His wife, is only 5-feet 2-inches.

"What they did to me they could have done to her. But when it came to her, 'pop, pop, pop,'" he said, making a gesture of a gun with his hands.