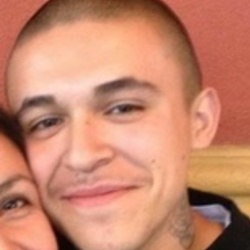 Hurtado was driving his car in a 'suspicious and evasive manner' and ran away when an officer initiated a traffic stop, authorities said. An officer shot Hurtado after he allegedly brandished a gun and ignored commands to drop it.

The vehicle began driving in a suspicious and evasive manner. Before officers could initiate a traffic stop, the vehicle came to a halt in the middle of Long Beach Boulevard, according to the news release.

The officers said the passenger of the car jumped out and ran from officers, eventually leading them on a chase into an alley near 68th Street and Orcutt, where the man produced a handgun and an officer-involved shooting occurred, according to the news release.