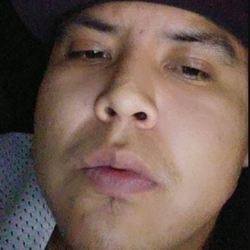 The Bernalillo County Sheriff’s Department say the pursuit of a stolen vehicle in west Albuquerque ended in a deputy-involved shooting that left two people in the suspect vehicle dead.

Two others were taken into custody without injury, officials say.

The pursuit began shortly before 4 a.m., when air support identified a stolen vehicle and began to pursue it, according to Bernalillo County Sheriff Manny Gonzales. He said deputies successfully utilized a spike belt on the vehicle, which continued to drive on Coors Boulevard as well as the interstate.

"The vehicle was driving very erratic and dangerously throughout this area on Coors and the interstate," he said.

Gonzales said deputies were able to eventually stop the vehicle near Coors and Glenrio in northwest Albuquerque. At that point, he said, they felt threatened in some way and at least one shot was fired. Two of the vehicle's four occupants were killed.

"Two separate people from the vehicle exited safely and were detained and apprehended," Gonzales said. "Unfortunately two other suspects in the vehicle were found deceased.

Northbound Coors in the area has reopened, but southbound lanes remain shut down as deputies continue to investigate.

"We'd like to send our condolences to the families of those people that are deceased and also like to let everybody's family know that the deputies involved in this incident are safe," Gonzales said.

This marks the ninth deputy-involved shooting this year. There were four in July, including one on July 4. Investigators say the suspect was spotted in a car with stolen plates, ran from deputies, pulled a gun, and was then shot and killed.

The last case in July involved a suspect who allegedly kidnapped two people. BCSO says a deputy was pinned by the suspect's car and suffered multiple injuries. Shots were also fired and that suspect died at the scene.

There are a number of deputy- or officer-involved shooting cases both with APD and BCSO currently under investigated by the district attorney's office.

A spokesperson for the office says contract employees investigate all deputy-involved shootings. This year, that includes 22 cases the office inherited from the previous district attorney. Those cases date back as early as 2014. Four have been resolved this year.

The spokesperson says four additional part-time officer-involved shooting experts have been hired. All of them are former prosecutors -- two with the district attorney's office and two with the New Mexico Attorney General’s Office.

The five other BCSO shootings from August until now have not yet been turned over. Another shooting in October ended with the suspect arrested and no injuries.

There were also two incidents in early November, one involving a man with a knife, the other a barricaded suspect where four deputies returned fire. That suspect was pronounced dead at the scene.

A New Mexico sheriff's department will pay $1.75 million to settle lawsuits in this case.

After reviewing the high-profile case for more than a year, District Attorney Clint Wellborn on March 28 sent a letter to the sheriff’s office announcing his decision not to file criminal charges against Deputy Joshua Mora. Wellborn was appointed to oversee the investigation because the 2nd Judicial District Attorney’s Office in Bernalillo County had a conflict of interest.