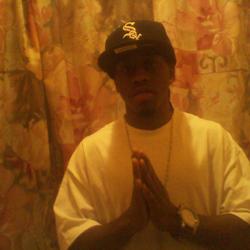 A man who pointed a gun at an officer was fatally shot by police late Thursday in the Greater Grand Crossing neighborhood on the South Side, officials said.

Martice Milliner, 27, was fatally shot in the 7500 block of South Langley, according to police and the Cook County medical examiner’s office.

About 11:30 p.m., police received a call of a person with a gun. The caller described the person as a man wearing a black leather Blackhawks hat, according to Pat Camden, spokesman for the Fraternal Order of Police.

Officers were nearby at the time, and when they found a group of people in the block, including one who matched the description of the man with a gun, they got out of their squad car and tried to stop him, Chicago Police Deputy Chief Carlos Velez told reporters at the scene.

After officers arrived, one of the men started to “quickly” walk away, and an officer grabbed him by the collar to restrain him, Velez said.

After the officer grabbed him, the man reached in his waistband and started to pull out a gun, and the officer then shot him, Velez said.

Once he was shot, he fell to the ground. As he was lying on his side, he grabbed the gun again and pointed it at the officer, who then shot him again, Camden said.