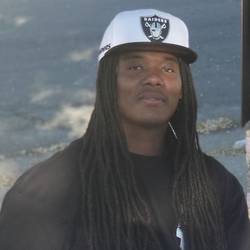 36 year-old Marshall Miles was arrested by California Highway Patrol officers and booked into jail by Sacramento County Sheriff’s deputies for behaving erratically and being intoxicated in public.

Tuesday, Miles, 36, was released from custody while unresponsive in a hospital bed, with doctors giving him no chance of survival, according to court and medical records.

Authorities said Miles had a heart attack, but have provided few other details about why he apparently stopped breathing seconds after being placed in a cell, said community activist Berry Accius, who was with Miles when he died.

The incident that led to his arrest began about 8:25 p.m. Oct. 28. The Sheriff’s Department said in its statement Miles was arrested at Watt Avenue and A Street in North Highlands on suspicion of felony vandalism, public intoxication and a felony parole violation after reports he was acting erratically.

Multiple 911 callers described him as jumping on the roofs of cars and ripping off windshield wipers, the release said. One person who called from a nearby convenience store said Miles had attempted to grab her while she was holding money.

The caller “indicated the suspect stated he had a gun” according to the release, but Miles was not arrested on any weapons charges.

Miles was booked into custody at Sacramento County Main Jail at 9:46 p.m. Sheriff’s officials said Miles was uncooperative and “struggled with Sheriff’s Department personnel as he was escorted through the booking process.”

Seconds after being placed in a cell, Miles stopped breathing, according to the release. Deputies attempted chest compressions and used a defibrillator. The Sacramento Fire Department was called and transported Miles to Sutter Medical Center, according to interviews, court documents and information from the Sheriff’s Department.

Early the next day, at 12:28 a.m. Oct. 29, doctors at Sutter Medical Center performed a CT scan that found “findings consistent with global hypoxic anoxic injury,” a partial or total lack of oxygen to the brain, according to a diagnostic imaging report by Sutter Health physicians signed at 12:39 a.m., and transcribed the following day. The report was included in Miles’ court record.

The presence of medical records in court records is uncommon. Such records are protected by federal privacy laws and rarely available in public court files.

About 11 a.m. Oct. 29, Miles’ eldest sister received a telephone call from Sutter Medical Center, said Accius. Miles’ sister was asked if she was Miles’ next of kin and was told Miles was hospitalized and unresponsive, Accius said.

Miles’ wife and family met that day with Sutter critical care physician Dr. Saman Hayatdavoudi, according to the medical records in his court file. In notes that night detailing their meeting, Hayatdavoudi said he spent more than an hour with the family discussing Miles’ condition, prognosis and the family’s options, including end-of-life care.

“I updated them with findings of the CT scan and other abnormal labs such as renal failure. I also discussed goals of care,” the doctor wrote. “The family understands that the outcome is poor but they still want everything done. ... This may be futile care and we have palliative care involved and may need ethics involved if needed,” Hayatdavoudi’s notes read.

While he was in deteriorating condition at the hospital, Miles was arraigned in Sacramento Superior Court before Judge Michael Sweet at 1:30 p.m. Tuesday, Oct. 30, on two counts of felony vandalism connected to the Oct. 28 arrest. He was listed as not present, his absence excused in court records.

The Sacramento County District Attorney’s Office did not respond to a request for comment Saturday.

Miles was officially released from the custody of the Sheriff’s Department at 5:27 p.m. Tuesday.

Sacramento County Sheriff’s Department spokesman Sgt. Shaun Hampton said in an email Saturday morning it was a “compassionate release” to allow Miles’ to die with his family, without authorities present. Such releases from custody “allow the patient to have privacy and also to allow loved ones to visit with the patient while receiving medical care” without law enforcement present, Hampton said.

The department has not responded to requests for further details, though Hampton indicated it would.
Sometime Thursday, Miles died at the hospital, said Accius.

On Friday evening, about 70 people attended the vigil outside the jail organized by Sacramento Black Lives Matter. Community members in attendance, including Accius, said they are skeptical of initial reports from Sheriff’s officials that Miles had a heart attack.

It was reported in May 2019, that the Miles family had filed suit.