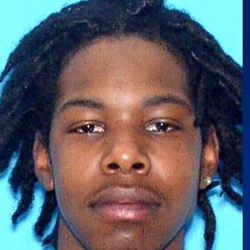 One suspect is dead, a second under arrest and a third under investigation after a massive manhunt overnight in Orange County.

Orlando police tried to pull over a car around 10 p.m. Friday near the intersection of Kirkman Road and Raleigh Street.

We’re told one of the suspects opened fire on the officers. Spencer was shot and killed when the officers fired back.

Carson was eventually captured in nearby woods and arrested.

The third person was detained for questioning but has not been charged.