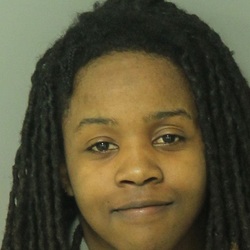 Police say Marquesha McMillan of Northeast D.C. was shot and killed after she fired a gun at officers while attempting to flee Morris Miller Wines near the intersection of Alaska Avenue and Georgia Avenue after a robbery. McMillan's accomplice, Ned McAllister of Northeast D.C., was found and arrested a few blocks from the liquor store. The 21-year-old was charged with attempted robbery while armed. According to police, officers arrived at the store while the robbery was in progress and saw McAllister exiting the store fleeing the area. McMillan was then seen leaving the store and officers pursued her. She then pulled out a gun and shot at the officers, police said. After continuing to flee from the officers, McMillan again pulled out her gun and fired at the officers, police said. This time, officers fired their guns and McMillan and hit her. She was pronounced dead at the scene.

On Monday October 31, 2016, federal prosecutors announced that five Washington, D.C., police officers linked to the fatal shooting of a 21-year-old black woman who shot at them after a robbery, would not face any charges.