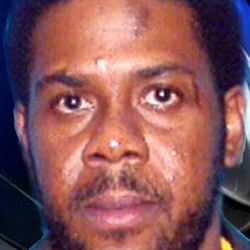 Officials said police first encountered Woodstock at a Mobile gas station across the street from the Walgreens after responding to a disturbance between roommates. The caller called 911 and warned police that the subject had a knife, was acting irrational and suffers from a mental illness, which he may or may not have taken medication for. Sunrise Police Officer Cindi McCue said, "He added that the subject can become violent. Officers attempted contact with the subject who was armed with a knife."

According to Woodstock's roommate, he was arguing with his cousin while holding knives.

Officers said the suspect ran after being ordered to stop. After failed attempts at subduing him with a Taser and then a K-9, an officer shot him once outside the Walgreens. One witness with a local landscaping company said the man tried to stab the dog, and that was when the officer pulled out a gun. "Ultimately, one officer was forced to discharge his firearm," said McCue.

"He showed them a pocket knife, and then they shot him twice," said one witness.

Since 1980, no police officer in Broward County has been criminally charged for fatally shooting a person, a time that has spanned 168 fatal shootings and a fact that got the notice of the New York Times this past weekend, when the paper ran a story about the controversial shooting of Jermaine McBean, who was shot by BSO deputy Peter Peraza. McBean was walking down the street with a camouflage-colored air rifle when Peraza fired on the 33-year-old computer engineer.