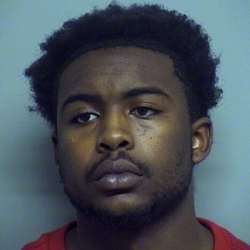 A 25-year-old man, Marlin Mack who on Sunday allegedly wounded three Kansas City police officers and was later killed in a firefight with officers was identified Monday as Marlin Mack.

Investigators believe 25-year-old Marlin Mack opened fire on officers Sunday with a high-powered semi-automatic rifle during a confrontation that began outside a motel before moving to a nearby home, Kansas City Police Chief Rick Smith said.

Smith, who didn’t say where Mack was from, declined to say what preceded the confrontations. But he said one of the injured officers was expected to be released Monday and would need ongoing medical attention. The other two will remain hospitalized but are in stable condition, Smith said.

Mack was wanted for questioning in the slaying of 25-year-old Sharath Koppu, who was fatally shot during an armed robbery on July 6 at a fast-food restaurant. Relatives said Koppu was studying for a master’s degree in computer engineering at the University of Missouri-Kansas City.

Investigators believe Koppu, who was helping a friend at the restaurant, was the random victim of a robbery, police spokesman Sgt. Jake Becchina said Monday. Video from the restaurant prompted up to 40 tips, which Smith said was vital to finding Mack.