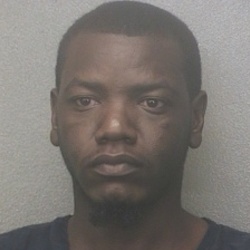 An Opa-locka man who was arrested on charges of burglary, battery and false imprisonment charges has died at a hospital, a Broward Sheriff's Office spokeswoman said. Markus Clark, 26, died Thursday morning after being admitted to Florida Medical Center. BSO spokeswoman Veda Coleman-Wright said deputies were called to a robbery at an Exxon gas station on Northwest 27th Avenue shortly before 7 p.m. Wednesday. When they arrived, deputies found Clark struggling with one of the clerks