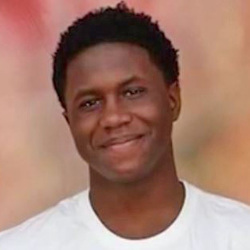 According to Nashville police, 21-year-old Markquett Martin fatally shot himself in the head Wednesday afternoon while running from police officers in public housing.

No officers fired weapons or used force, police spokesman Don Aaron said, and the shooting appeared to be accidental in nature.

The shooting was reported at 1:50 p.m. in the 800 block of Claiborne Street in J.C. Napier public housing just outside downtown.

According to police, officers responded to the area after a resident alerted community engagement officers in the area that a man matching Martin’s description was armed with a gun. Police said there had been reports of shots fired in that area during the past few days.

When two officers approached Martin to speak with him, he ran from them, police said.

"The officers gave chase, during which Martin fell and dropped a gun. He picked it up and continued running," Aaron said. "After making his way through a field, Martin’s gun discharged, possibly accidentally."