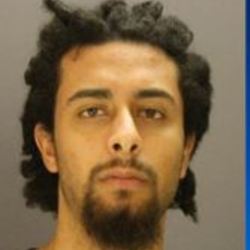 A citizen called to report people in a white pick-up truck were shining flashlights all around the area and had honked the horn for an extended period of time.

Officers attempted a traffic stop on the white pick-up and the driver drove further into the neighborhood.

After the pickup stopped, officers  approached.  That’s when police said the pick-up accelerated attempting to back over one of the officers.

Officers fired into the vehicle as one officer was trying to avoid being crushed between the vehicle and a tree, according to an Allen Police news release.

As a result of this incident one person is deceased and one person was injured.  The person who died has been identified as Mark Guirguis, 21, of Plano.

None of the officers were injured.

The Allen Police Department is having the Texas Rangers conduct this investigation, in keeping with department policy.

Police said Guirguis had an active arrest warrant for Evading Arrest/Detention with a Vehicle in Dallas County.

The white pickup truck, a2005 Ford Ranger, was confirmed stolen by the Dallas Police Department.