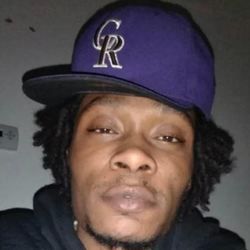 About 10:30 p.m. July 8, 33-year-old Mario Winters was riding a motorized scooter in the 11800 block of South Halsted when he was struck and killed by an unmarked Chicago police SUV.

According to the Chicago Police Department, the crash occurred at approximately 10:30 p.m. on July 8 in the 11800 block of South Halsted Street in West Pullman. Three officers were southbound with their emergency lights on when they reportedly struck Winters, 33, who was riding a motorized scooter.

Winters was pronounced dead at the scene, police said. The Cook County medical examiner’s office conducted an autopsy and ruled his death an accident. The three officers were also hospitalized with non-life-threatening injuries. No other injuries were reported.

It is unclear if the officers were responding to an emergency call. A spokesperson for the police said none of them have been placed on administrative desk duty, but an internal investigation will be conducted.

The case is under investigation by the Chicago Police Department's Major Accidents Unit. Sources didn't say if the Civilian Office of Police Accountability, an independent city agency that handles complaints of alleged misconduct by police officers, is also investigating the incident.

The family of the victim filed a wrongful death lawsuit.