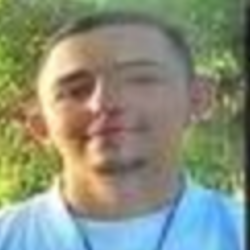 Sandoval was fatally shot in a casino parking lot after being confronted by an officer who was investigating a stolen car. Authorities said the officer was shot before opening fire. A second man who had been in the same vehicle as Sandoval ran away.

Relatives admit Sandoval had huge problems – drugs and crime – but they don’t believe he deserved to be shot in the exchange of gunfire that also left a Laguna police officer wounded. Sandoval had a long criminal record for such a short life, including an armed robbery conviction in January and an arrest for drug trafficking earlier this month. Friday afternoon, members of his family were on the street soliciting funeral donations at Coors and Atrisco.

"Everybody saw Mario as a bad person," said his tearful aunt Roseanne Saucedo. "I want everybody to remember him, that he was a loving and kind person, that he was just lost out in the world and that he is greatly missed."