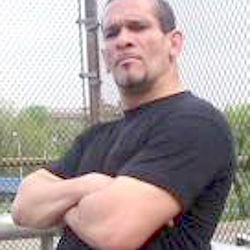 On June 8th, Mario Ocasio was beaten and tasered to death by the NYPD. Video of the incident was recorded on a mobile phone that was later unlawfully confiscated. The NYPD immediately publicized claims that Mario Ocasio was high on heroin and lunging at the officers with scissors. Witnesses deny the claims and say that the video will prove otherwise. A few days after the claims, a police official publicly acknowledged that "Mr. Ocasio did not have the scissors in his hand" (quote from New York Times article below). Furthermore, toxicology reports showed that Mr. Ocasio did not have heroin in his system.

Israel Adam Burns, the lawyer in the case of the death of Mr. Ocasio, plans to host a rally outside the Bronx D.A.’s office at 5:30pm on Wednesday, June 15th, when the Ocasio family goes in to speak with the District Attorney. The rally will be a peaceful protest of the wrongful death of the 51 year old man who passed away after being shocked by a police taser gun on Monday, June 8th. During the protest Mr. Burns intends to file a Notice of Claim against NYC giving the city notice of the family’s wrongful death lawsuit.

Early Monday Morning on June 8th, a 911 call was made by Mr. Ocasio’s girlfriend, requesting medical attention saying that the victim was acting erratically and she was concerned. When police arrived they found the man in a catatonic state and could not make the man comply with their requests. Aggressive force was used by police when Mr. Ocasio allegedly “resisted arrest” and the man was ultimately shocked by a taser while in handcuffs before the EMT’s even arrived. Mr. Ocasio died while restrained by police and was later pronounced dead at New York Presbyterian/Allen hospital.

Further, the officers at the 52nd Precinct have confiscated and have refused to return an eyewitness’s cell phone containing video footage of the incident. The officers have dodged question after question by both the victim’s family and their lawyer Mr. Burns. On Friday, June 12th, when the family went into the 52nd Precinct to ask questions of the lead detective on the case, they were asked to leave without any answers as to why their loved one is now deceased. “We will get the answers we deserve,” said Lawyer Israel Burns. “And we will get justice for Mario Ocasio. The family deserves some accountability at the very least.”