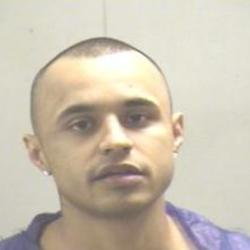 Lt. Brian Parrish with the Mesquite Police Department say just before midnight Thursday, October 29, 2015, Mario Martinez, 29, ran a red light and failed to stop at a stop sign at I-30 and Gus Thomasson. Officers tried to pull him over, but he didn't comply and led them on a chase along westbound I-30 into Grand Prairie. Spike strips were used once but failed. The second time they worked as Martinez returned toward Mesquite on I-20. He eventually stopped his car on I-635 near Town East. Police say at several points, Martinez got out of his car, waving a weapon, and threatening to kill officers. He also tried to hide his weapon under a green towel. Martinez then leaned out of his car and aimed the gun at officers. Parrish says that's when a DPS trooper and two Mesquite officers both fired their weapons, killing him.