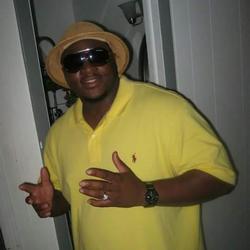 Mario Jordan was shot on Sir Gawaine Drive, which is in the Camelot Neighborhood. That’s where police had initially responded to a 911 call about an attempted suicide, said Chesapeake police spokesman Ravi Sheth. 34-year-old Mario Jordan (Photo provided by a friend of Jordan). 34-year-old Mario Jordan (Photo provided by a friend of Jordan). Officers arrived around 8:15 p.m. and saw Jordan in the middle of Sir Gawaine. They started walking toward him. That’s when Jordan first fired his rifle. Police said he fired multiple rounds and they shot back, striking him, Sheth said. Jordan was taken to Chesapeake Regional Medical Center, where he later died. Jordan’s friend, who did not want to be identified, said Jordan went over to a home on Sir Gawaine Drive and asked them to call police. Jordan said, “This is it,” according to the friend. The friend said he thought that meant Jordan planned to kill himself.