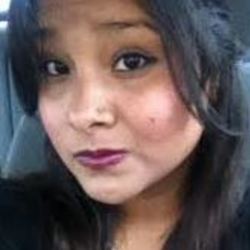 Innocent bystander cops bullet in police shootout in a bar.

One of the nine bullets fired by Sanguino hit Maria Godinez Castillo, 22. She was killed by the bullet. Sanguino was placed on paid administrative leave during the investigation.

Maria's cousin, Edvin Godinez, told WESH 2 that their family is not about the ruling. He said police should protect people and save lives. The family is still dealing with the loss of Maria, he said.

An Orlando police officer mistakenly shot and killed an innocent woman during a confrontation with a gunman at a downtown bar early Tuesday, according to a preliminary investigation by the Police Department.
The victim, identified as club patron Maria Fernanda Godinez, 22, was struck by a stray bullet just before 1 a.m. at the Vixen Bar on South Orange Avenue, Orlando police Chief John Mina said.
Police were called after a complaint about a man with a gun outside the club who was banging on the door. The suspect was identified as 23-year-old Kody Roach, described in a 911 call by a bar employee as “a gun-wielding maniac.”
“There was a guy who was kicked out of a bar because he was too drunk and now he’s waving his handgun,” the employee told a police dispatcher. “I had to run inside and lock my door before he did something stupid.”
Roach was alternating between putting his gun on the bar top and waving it in the air, the caller said.

He is facing a charge of carrying a concealed firearm. Other charges, possibly felony murder, are pending. He is being treated for gunshot wounds at Orlando Regional Medical Center and is in stable condition.

Police Lt. Frank Nunez, a 19-year veteran, was shot in the leg and is at home recovering.
In a news conference Tuesday afternoon, Mina said Roach had not discharged his gun.
The police chief expressed remorse at the killing of Fernanda Godinez, saying: “As police officers, our job is to protect the public and keep our residents safe, and one of the most challenging aspects of our job is when criminal activity affects innocent bystanders.”
“Again, nothing we can say today takes away the pain that Maria’s friends and family are feeling, and we ask the community to keep her friends and family in their thoughts and prayers,” Mina said.
He said his department is “committed to a full investigation” of the shooting. The Florida Department of Law Enforcement is conducting an independent probe.
Officers responded to the call on South Orange Avenue between West Pine Street and West Church Street at 12:47 a.m.
Witnesses helped piece together the scene.
According to 20-year-old Kane Lee, who was working at Corona Cigar Co. across the street from the club at the time of the shooting, the drunken and armed suspect was inside the bar earlier in the night.
About 12:40 a.m. Tuesday, Lee watched as the man was kicked out of the club. The music had already been silenced, Lee said.
“I heard a few loud bangs,” Lee said. “I looked up, and somebody had pushed this guy out of the doorway.”
Lee went into the cigar company to grab another employee, and when he got back outside moments later, the man was gone, but he quickly came back armed with a handgun that he used to bang on the closed door of the bar.
“That’s when I called 911,” Lee said. “He was trying to get in the bar with the pistol.”
Police who responded to the scene first tried to tell the suspect to drop the weapon and lie on the floor. When he refused, they tried to use a stun gun on Roach before shooting him when he either tried to raise his weapon or reach for the wires attached to the stun gun, Lee said.
Mina said there was no indication that Roach had a chance to fire any shots.