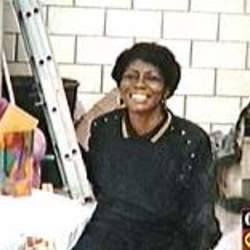 54 year-old homeless woman Margaret LaVerne Mitchell was shot and killed by a LA police officer on May 21, 1999 while pulling a shopping cart along the street.

Two cops on bicycles, one male and one female, approached and started harassing her. Under a California law, police can ticket people and confiscate their carts--for supposedly not having a store's permission to take the carts onto the street.

Officers said Mitchell lunged at them and they feared for their safety when they shot her.  However, according to LAPD sources and others, Inspector General Jeff Eglash wrote a lengthy report in which he found that civilian witnesses at the scene did not see Mitchell lunge at an officer, as the department says she did. One witness, a Black man in his 40s, saw her running and pulling the cart behind her as the cops ran after her before hearing the shot.

DA report on the death