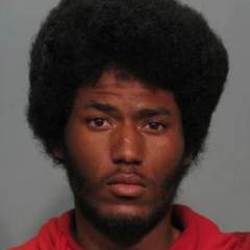 Officers located the SUV, and after following the vehicle, Collins jumped from the driver’s seat and fled on foot for several minutes.

Police said officers detained Collins in the 500 block of Whitethorne Ave. and gave multiple commands for Collins to drop his gun, but he refused.