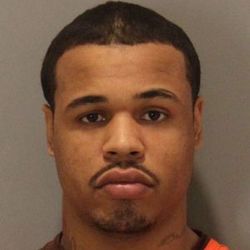 Marcus D. Wheeler, a 26-year-old man wanted in a September shooting, was the suspect shot and killed Wednesday in a shootout with the Metro Area Task Force, law enforcement officials said. A female police officer was critically injured in the incident, which occurred about 1 p.m. She was transported to Creighton University Medical Center. Police had been unable to find Wheeler for months and told the public last year to consider Wheeler armed and dangerous. Omaha police had been seeking Wheeler in connection with the Sept. 5 shooting of Antonio Martin near 60th Street and Curtis Avenue. Martin told police Wheeler had threatened him on Facebook several days before he shot him, according to Douglas County Court documents.