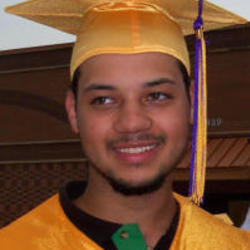 Details about Marcus Ryan Golden are hard to come by. The 24-year-old had no social media accounts that can clearly be linked to his name. Google searches turn up virtually nothing. But he did have a criminal record. Golden had three misdemeanor convictions for illegally transporting a loaded gun, failing to produce a driver's license and driving with a suspended license. In a brief phone interview, his mother, Ericka Cullars-Golden, said her son had graduated from Central High School in St. Paul and had gone on to study carpentry, though he never worked in the construction trades and wasn't employed at the time he was shot. She called him a "beautiful son." "He was a good boy," she said. "He was a good child. He was nice, and he was caring. That's all I can say right now."

March 2015 The attorney for a man fatally shot by St. Paul police in January sent a letter Monday to the U.S. Department of Justice to ask for a civil-rights inquiry.

On May 21, 2015 it was announced that the grand jury had cleared the St. Paul officers involved in Marcus Golden's death.

On August 10, 2015, Protesters in St. Paul halted University Avenue traffic for about 45 minutes as part of the national Black Lives Matter movement condemning police use of lethal force against black people.

In June 2019, family and friends of Gold and other victims of police-involved deaths held a protest outside of the Minnesota Governor's Mnsion.