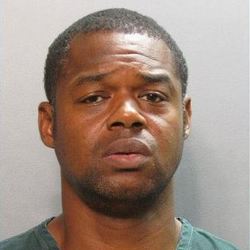 A 41-year-old North Jacksonville man is dead after police said he had a “combative” confrontation with officers early Saturday in the middle of Golfair Boulevard, according to the Jacksonville Sheriff’s Office.

Marcus Dushane White of Wigmore Street died after transport to UF Health Jacksonville following the 12:20 a.m. incident outside a gas station where he had been seen earlier, according to the incident report.

“The subject was acting irrationally and became combative as officers tried to escort him from the roadway for everybody’s safety,” Sheriff’s Office Director Ron Lendvay said at the scene Saturday morning. “When the officers tried to handcuff him to de-escalate the situation, he further resisted and was taken to the ground on the side of the road in the grass.”

Officers were first called to a Shell gas station at 860 Golfair Blvd. at 11:24 p.m. Friday on reports of a man who appeared to be under the influence of some type of drugs as he knocked displays over inside, Lendvay said. The man, also bleeding from “obvious injuries” he had before coming in, was gone when officers arrived, Lendvay said. But a few minutes later, other officers saw someone matching his description walking in the middle of Golfair Boulevard near the Interstate 95 southbound ramp.

“The subject was shirtless and sweaty and appeared to try to open the door of a car that was stopped at the red lights,” Lendvay said. “The driver sped away, apparently startled.”

White tried to get into a second car across the street, but its driver sped away, the director said.

Two officers, identified as J.D. Tunnell (hired Aug. 3 2015) and C.L. Labrador (hired Nov. 2, 2014), coaxed White into the median to get him out of the road, police said. They also saw visible injuries on his body and was bleeding, so they called for a city rescue unit, Lendvay said. But after getting him down on the grass, he became combative and would not cooperate, police said.

“A physical confrontation ensued and then the officers had to administer the hobble restraint,” the incident report states.

White was sent to UF Health Jacksonville, where he died despite efforts to save him, Lendvay said. Hospital staff did find a small plastic bag on him containing a white powder which field tested positive for cocaine, Lendvay said.

It’s unknown where White received the cuts and bruises seen on his body when he was first spotted, Lendvay said. He had no weapons, and no Tasers or other “impact weapons” used during the struggle to get him restrained, the director added.

Six police officers were involved in the initial call to the gas station and the later incident in the roadway, Lendvay said. The Sheriff’s Office’s Homicide Cold Case Unit is conducting the investigation, interviewing the officers, rescue workers and witnesses, police said. But for now, the cause of White’s death is unknown.

“That’s part of the investigation and really, the biggest determining factor is going to be the medical examiner to determine that,” Lendvay said. “There’s a number of potential factors here.”