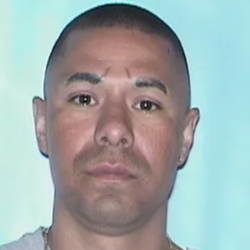 Marco Benito, 36, was killed on Aug. 31 between 9 to 9:30 a.m. near County Road 3177 in the area of the San Juan County landfill, according to a San Juan County Sheriff's Office press release and Captain Kevin Burns.

Benito threatened deputies, stating he had a firearm, and refused to show his hands. An unidentified deputy fired his weapon, striking Benito.

Law enforcement at the scene attempted life-saving measures before paramedics arrived but Benito died from his injuries.

The incident occurred near the intersection of County Road 3100 and 3177 in the Crouch Mesa area.

Marco Benito
When asked if any weapons were recovered, Burns said the scene is still being canvassed for evidence.