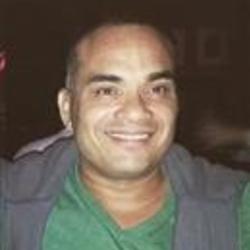 47-year-old Manuel Ornelas died following a struggle with Long Beach police on Saturday September 5, 2015. Officers were called to a home in the 3200 block of Ladoga Avenue about 10:40 a.m. in response to complaints that Ornelas was under the influence of narcotics and acting violently, according to Long Beach police. When they arrived, the officers found Ornelas "bleeding profusely," according to the police statement.

Ornelas attempted to flee the home, leading officers to confront him with "non-lethal means, which included ... an electronic control device, physical force, and a carotid restraint, to take him into custody," the department said. Once Ornelas was subdued, he went into cardiac arrest. Paramedics arrived soon after and transported Ornelas to Los Alamitos Medical Center, where he was pronounced dead. Ornelas was identified by the Orange County coroner's office. The incident is now under investigation by the Los Angeles County district attorney -- standard practice for in-custody deaths.

Vanessa Gonzales, Manuel's niece, has been doing her homework. Looking into the case and figuring out exactly what happened. She plans to be the voice her Uncle may need.