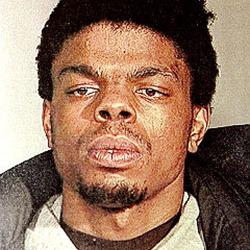 A 23-year-old man was shot dead by a plainclothes police officer last night after a struggle in a Bronx apartment building, just three blocks from where Amadou Diallo was killed last year, the police said.

The man, Malcolm Ferguson, who the police said was on parole from a drug conviction, was shot once in the head just before 6:30 p.m., and declared dead at the scene, at 1045 Boynton Avenue in the Soundview section, said John Scanlon, the Police Department's chief of patrol. Chief Scanlon said Mr. Ferguson was unarmed.

Mr. Ferguson, the police said, was one of two protesters arrested in the neighborhood on Friday after the four officers who shot Mr. Diallo were acquitted of murder and manslaughter charges.

Last night, dozens of protesters, still angry at last week's acquittals, gathered behind police sawhorses near the Boynton Avenue building after the latest shooting. Some carried signs denouncing police brutality and confronted a squadron of officers, many of them clad in helmets and other riot gear.

Young, 52, said the award was vindication that her son, Malcolm Ferguson, 23, was wrongfully shot during a struggle in March 2000 in an apartment building at 1045 Boynton Ave. - three blocks from where Amadou Diallo was gunned down a year earlier.

It took the jury of five blacks and one Hispanic two days to decide that the city and NYPD were 100% responsible for Ferguson's death.

June 2007 Settlement awarded. However, the Bronx district attorney appealed the verdict and refused to reopen the criminal case against this cop.