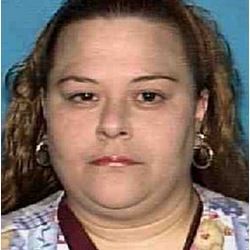 Cause of death: Chemical Agents or Weapons

On 5/20/06, police officers responded to a call for service regarding a suspicious female dressed in all black. The female was reportedly walking back and forth, and jumping on and climbing light poles in the are of Ocean Drive and Morgan Ave., Corpus Christi, Texas. The first arriving officer observed a female dressed in all black, at the intersection of Ocean Drive and Morgan Ave, as she was climbing a light pole high enough to touch the top of the speed limit sign. The officer made verbal contact with her to see if she needed help, but she did not respond. The officer followed the female to a nearby convenience store where he waited for another officer to assist him. The second officer arrived and entered the convenience store and made contact with the female. It was apparent she was agitated and as he attempted to calm her, she exited the store. Both officers attempted to detain the female on suspicion of public intoxication in the parking lot but she pulled away from them. When the officers attempted to handcuff her, she physically resisted and was lead to the ground. As the female continued to physically resist being handcuffed, the officers sprayed her with pepper spray in order to gain her compliance but it had no evident effect. The female continued to resist, but was finally handcuffed. As she was being escorted to the police car, she dropped to her knees and refused to get into the police car. An additional officer was called to the scene for assistance. As officers were attempting to place the female in the back seat of the police car, she continued to resist and be combative by kicking at the officers. The officers then secured her legs with leg irons and a rip hobble to prevent her from injuring herself or others. After approx. one minute, the officers noticed that the female appeared to be unconscious. The officers immediately called EMS and removed all the restraints from her. EMS arrived and began providing treatment for the female. An engine company was called to the scene for additional medical assistance. The female was transported by EMS to Spohn Shoreline Hospital where she was pronounced dead at 1:20 a.m.