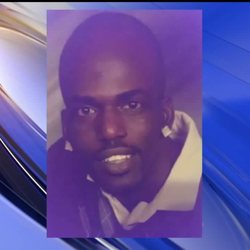 Mack Long was killed by Indianapolis police after he ran from a traffic stop. He was sitting on the passenger side of a car that had been pulled over on North Sherman Drive near 31st Street. When the officer asked the driver for her license, Long fled into the woods pursued by a single officer.

Long was hit in the side but he continued to flee, police said.

The officer caught up to Long again, and the two began wrestling over the officer's weapon, police said. During the exchange, the officer's gun went off. Moments later, another officer equipped with a bodycam arrived on scene and witnessed the struggle.

As the bodycam video shows, the second officer ordered Long to the ground, police said. When Long refused, the officer fired his service weapon at him twice.

Long fell to the ground and was pronounced dead by medics at the scene.

Police maintained the shooting was justified because Long was armed, dangerous and a threat to the officers that killed him. When asked at the time if Long pulled a gun on the officers, Christopher Wilburn, an IMPD spokesman would only say, "That's under investigation."

In June 2015, an Indianapolis grand jury declined to indict the two officers who killed Mack Long.