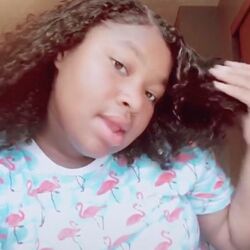 16 year-old Ma’Khia Bryant, who the police say threatened two girls with a knife was fatally shot by an officer in Columbus, Ohio, on Tuesday afternoon, shortly before a jury reached a guilty verdict in the murder trial of the former Minneapolis police officer Derek Chauvin in last year’s killing of George Floyd.

The girl’s death cast an immediate pall over public expressions that justice had been served in Mr. Floyd’s case and touched off protests in Ohio’s capital city.

At a news conference on Tuesday night, the Columbus Division of Police released body camera footage from the officer, who officials said had been responding to a 911 call about an attempted stabbing around 4:45 p.m. in the southeastern part of the city.

Officials said the video showed the teenager lunging at two other females with a knife as the officer arrived at the driveway of a residence. The officer then fired several times — four shots could be heard in the video — at the girl. She collapsed to the ground next to a car that had been parked in the driveway, where the body camera footage showed a knife on the ground.

On Friday, March 11, 2022, it was reported that a grand jury voted to bring no charges against the white police officer who shot and killed Ma’Khia Bryant.