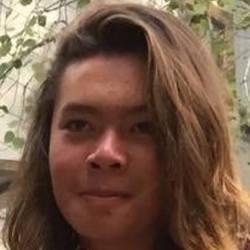 A 15-year-old boy is dead after an officer-involved shooting early Saturday morning on the 800 block of Amesti Road, outside Watsonville.

It is the second deadly shooting by law enforcement in Santa Cruz County in 34 days.

Santa Cruz County Undersheriff Jeremy Verinsky said at 2:53 a.m., two people were stabbed in the rural neighborhood of Amesti and Pioneer roads. He declined to say what the motive was or if any of the three were related.

The victims were found inside a six-bedroom house on the 800 block of Amesti. One suffered critical injuries. Another suffered serious injuries. Both were taken to trauma centers, via air ambulance. One of the victims was described by paramedics as a 60-year-old man. Both are expected to survive.

The suspected stabber was at the scene when deputies arrived. He climbed on top of a fire truck where deputies talked to him briefly before he fled the scene, according to law enforcement.

Verinsky said within 10 minutes deputies, officers from various police agencies found the teen not far from the scene, on the 300 block of Pioneer Road, still armed with the knife.

“Efforts were made to engage with the suspect to diffuse the situation and various less-lethal weapons were tried,” Verinsky said. “When the suspect advanced on deputies with his knife, he was shot at least once.”

By 3:16 a.m., deputies called for a third ambulance for a victim of a gunshot.

Paramedics, who were standing by, treated the suspect, but he died at the scene, Verinsky said.

The teen was found with a silver pocket knife.

Sheriff Jim Hart said they tried to subdue the teen with Tasers, more than one weighted foam round and other means of subduing the suspect before a deputy fired one lethal round.

Hart said he did not know if the stabbing was gang-related and could not release the name of the shooting victim because he had not been able to notify the family.

Hart said an unidentified number of deputies are on paid leave after the shooting but declined to provide further information. He said there is body camera footage from the deputies and he will provide that at some point. In the meantime, Hart said he had turned the case over to the Santa Cruz County District Attorney’s Office.

In November 2017, the Smith family filed a wrongful death lawsuit against the Santa Cruz County Sheriff’s Office and the County of Santa Cruz.