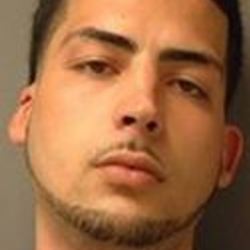 After breaking into his former girlfriend’s apartment and fleeing late Thursday night, Bristol County prosecutors say, he armed himself with two guns and returned to the scene. There, his life ended in a burst of gunfire, when police shot him to death after he opened fire.