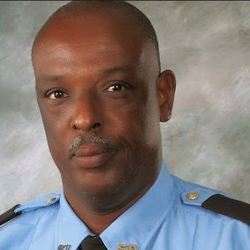 A deputy sheriff shot and killed a fellow deputy who was involved in a domestic dispute Wednesday in LaPlace, St. John the Baptist Parish authorities said.

The dead deputy's uncle, Clarence Anderson, said he was headed to visit friends on Pine Street when he ran into the blockade of Sheriff's Office cars and started hearing the chatter about his nephew.

"Some people say he shot his wife. Some said he shot himself, and he's dead," Anderson said. "I just don't know. It just surprised me. He's a real nice guy. He's been with the (Sheriff's Office) for a long time."