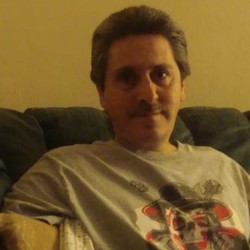 The Weld County District Attorney's Office said Monday that 50-year-old Louis Joseph Atencio, of Greeley, died of a single gunshot wound. He's suspected of shooting 41-year-old Angelina Abeyta, also of Greeley. The Greeley Tribune reports police were called Friday morning after a man found Abeyta wounded on his porch. While officers were responding, a second report came in that shots were being fired inside a house across the street. They arrived to find Atencio in the middle of the street with a gun. He was shot when he refused to drop the weapon.

Weld District Attorney Michael Rourke omitted the officers’ first names in the report, stating that doing so wouldn’t add anything, but it still struck a balance between the public’s right to know vs. the officers’ rights to safety and privacy.

“In this case, what it came down to, the public’s right to know outweighed any arguable potential risk or threat to the officers involved,” Rourke said, of naming the officers, though only by their last names. “If anyone really wanted to go and figure out what the officers names are, it would be easy. It’s still a matter of in today’s culture, that officers are looked upon with more scrutiny than they have been historically.

On August 13, 2015, prosecutors announced that Greeley police officers were justified when they killed Atencio. The Weld County District Attorney's Office said Thursday the officers were cleared in the June 19 shooting "because they reasonably believed it was necessary to defend themselves and others."