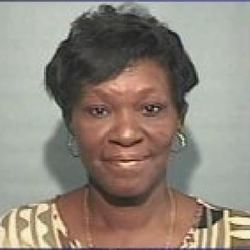 52 year old Lori Jean Ellis was killed when South Carolina police raided her home at 11 pm in an attempt to serve warrants for failure to appear in court for an open container violation, driving on a suspended license and bouncing a $219 check.

On the night Lori Jean Ellis died, DNR Officer Gregg Lowery and Deputy William Sowell arrived at her home first, then radioed Deputy Tyrell Coleman for backup. According to the officers, they then rode Lowery’s mostly unmarked DNR truck over Ellis’ fence and around to the back of her home. They then maced her dog. They claimed to have called out to Ellis several times. When she didn’t respond, they ripped open her back door with an animal control pole. That’s when they say Ellis fired a high-powered rifle at them, and they responded with gunfire. Lowery fired two shots: one missed, and one grazed the top of Ellis’s shoulder. Coleman fired the fatal shot, which struck Ellis in the back of the head.

The next day, Kershaw County Sheriff’s Department spokesman Cpl. David Thomley told WISTV in Columbia that Ellis had an “extensive criminal history” dating back to 1972. He told WLTX TV that the officers “knew of her violent past so it was absolutely a necessity to have more than one officer go out there.” He added that the county’s residents should be both thankful for the officers’ sacrifice and grateful that they escaped the raid unharmed.

Within hours SLED investigators were on the scene in Kershaw County. The three deputies signed their statements at 2:20 a.m. the morning after the raid. Lowery described seeing a puff of smoke from the barrel of Ellis’s gun. Coleman stated that he saw a muzzle flash. Sowell wrote that he heard a shot, and would later say his face was less than 10 feet away from the gun barrel when she fired what sounded to him like an SKS semi-automatic rifle, a weapon similar to an AK-47. All three officers claimed to have seen Ellis pointing the gun at them.

Three-and-a-half months later, SLED sent its report to W. Barney Giese, then the district attorney for South Carolina’s Fifth Judicial District. Based on SLED’s report, Giese determined that the two officers who shot Lori Jean Ellis “were in reasonable fear for their lives,” and therefore “were justified in discharging their firearms.” All three officers were cleared of any wrongdoing. Giese, incidentally was later the defense attorney for Sean Groubert, the former state trooper who shot unarmed motorist Levar Jones.

Later investigation of this killing by attorneys for Ellis' estate revealed a number of red flags. The warrant for which Lowery went to Ellis’s home that night was a bench warrant for failure to appear in court for an open-container violation. The officers found three other outstanding warrants for Ellis, but all for what might be called nonviolent “poverty crimes”.

Lowery was off duty on the night of the raid. According to deposition transcripts, earlier in the day he had attended a city employee appreciation event on the other side of the county. Lowery drove about two hours out of his way to pull and serve the open-container warrant on Ellis.

The biggest red flag of all was that high-powered rifle that all three officers claimed they saw, the one that allegedly produced a muzzle flash, smoke and a 140-decibel boom — the equivalent of standing about 10 feet behind a jet engine. But Ellis’s gun wasn’t an an SKS rifle, or an AK-47 or a firearm at all. It was a BB gun. Because a pellet gun uses air pressure instead of gunpowder to propel its projectile, it isn’t capable of producing a muzzle flash, a loud boom or a plume of smoke. The state crime lab also found no fingerprints on the weapon, according to the SLED report, despite the fact that the shellacked wood from which it was made should have been conducive to retaining prints. In fact, the lab couldn’t even get the gun to function.

There was also plenty of evidence inconsistent with the officers’ narrative. The bullet trajectories (as calculated by SLED investigators, then confirmed by investigators for Phillips) rendered the officers’ version of events next to impossible. And then there were the questionable tactics themselves: Why did the officers drive a black, mostly unmarked DNR truck at 11 p.m. at night through Ellis’s fence and into her back yard, mace her dog, and rip open her door with an animal-control pole, all to serve misdemeanor warrants for nonviolent crimes?