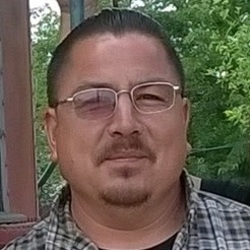 The Kern County District Attorney’s office has found Delano police acted within the law in the shooting of an armed man who had fired at a residence and threatened officers before leading them on a chase in June of last year.

“The totality of the circumstances in this case supported the use of deadly force to stop (Lorenzo) Garza Jr.,” prosecutors said in a news release Friday.

Garza, 46, had gone looking for his estranged wife the evening of June 3, the news release said. He stopped at a residence and, upon being told she wasn’t there, became angry and fired four shots in the house.

He fled and told a relative he was going to shoot his wife and would “blast” any police that came after him, according to the release. The relative also told police he believed Garza was under the influence of drugs.

Later that evening, police spotted Garza driving his car from his house. Officers tried pulling him over, but he refused to stop.

As the chase continued, Garza appeared to be trying to ram police vehicles or cause them to strike his car, the release said. Police briefly lost sight of him when he led them into an orchard, but was soon spotted by Officers Anthony Puente and Michael Strand.

One of Garza’s tires is believed to have been punctured by a spike strip deployed by officers. Strand heard what sounded to him like a “metal on metal strike” to the police cruiser he was traveling in.

Believing the vehicle had been shot at by Garza, Strand told Puente to drive to the left side of Garza’s car, the release said. At a point where the pursuit slowed and no other vehicles were in the area, Strand fired 10 shots from a rifle at Garza.

Garza’s car veered to the right and came to a stop in a planter near the intersection of Browning Road and Summer Drive. He was pronounced dead at the scene, shot once in the left side of his back.

A .40 caliber Glock handgun was found near Garza’s feet, according to the release. A spent .40 caliber casing was found in the car, and the casing manufacturer was consistent with the casings found at the home Garza shot.

Blood tests showed Garza had a blood alcohol content of 0.04 percent with marijuana, methamphetamine and amphetamine in his blood.

Considering all the circumstance, prosecutors said, “Officer Strand acted within the objectively reasonable belief that Mr. Garza was a danger to Officer Strand and others, he had to be stopped, and that deadly force was necessary.”