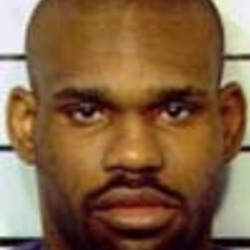 The police gunfire that killed Lorenzo Collins opened a wound in the community that continues to fester.

Mr. Collins, 25, an African-American with a history of psychiatric problems, was wearing pajamas and brandishing a brick when he was shot Feb. 23. He had escaped from a mental ward at University Hospital minutes before.

Groups including the NAACP and the Baptist Ministers' Conference have demanded an independent investigation. Their leaders say the police cannot be trusted to investigate themselves. The Rev. Fred Shuttlesworth, chairman of the conference's direct action committee, has called the shooting a blatant act of brutality.

Others, such as the Fraternal Order of Police, argue that the officers were justified in protecting themselves from a threatening suspect. FOP President Pete Ridder said protesters should wait until the police and prosecutor's office have finished their investigation before making judgments.

Within the next week, the Hamilton County prosecutor's office is expected to determine whether the shooting was justified. But Cincinnati City Council did not wait for the prosecutor's decision. It voted 7-1 on May 7 to ask the U.S. attorney's office to investigate.