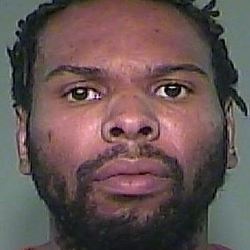 Police say they were called out because 31-year-old Lonnie Flemming had allegedly assaulted his girlfriend. During the assault, they say he fired a shot near the victim as she and a friend were trying to call 911.

Officer Derrick White found the Flemming walking near Selma and Chestnut. Flemming ran into the woods and down to a creek bank, where police say he pulled out a gun and starting shooting toward Officer White.

Officer White was hit more than once, but was able to shoot back and injure Flemming.

When Officer Thomas Turner arrived, they say Flemming went for a second weapon. They fired their weapons again, which killed him.