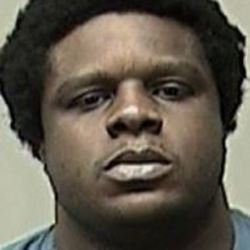 The family of Londrell Johnson, 33, told News 3 their relative was the man killed by police Friday and they’re frustrated with police and a lack of communication with officers.

Police said Johnson stabbed a mother and daughter to death in an East Washington Avenue apartment during an apparent dispute between neighbors.

Police spokesman Joel Despain said they had been working with Johnson long before this incident and the captain of the mental health liaison program had worked personally with Johnson. "They were doing everything they could to help him," Despain said. Madison police said they have been in contact with the suspect's family since shortly after the homicides and asked Dane County Victim Witness Unit to work with the family. Despain said Chief Mike Koval met personally with the families.

On Sunday, Willie Mae Johnson said detectives have yet to contact her about Johnson’s death and won’t let her see his body.

The Dane County Medical Examiner’s Office is releasing the names of three people who died Friday afternoon in a double homicide and officer involved shooting in Madison. The victims are 34-year-old Charity Ray Grossmann and her mother, 57-year-old Robin Rae Grossmann. The man who authorities say stabbed the Grossmanns, who was then shot by police, was 33-year-old Londrell Emone Johnson.