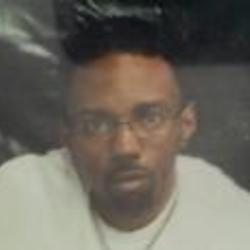 The man, identified as Lionel Young, 34, was a suspect in a domestic dispute involving a knife, police said. Investigators recovered two knives from the scene after Young was fatally shot Sunday night, police said. Sheriff's deputies spotted Young in a truck Sunday night after responding to a 911 call in Landover about a domestic dispute, authorities said. The deputies tried to pull him over but he sped away, police said. The deputies pursued him and, according to police, he rammed two vehicles in a parking lot near a school. Two deputies opened fire and fatally shot Young.

It appears that Mr. Young was gunned down not because he committed a heinous act like rape or murder and was fleeing the crime scene with blood still fresh on his “knife”. The police spokesperson in the video, a proxy non-white employee of the system, uses standard police language in describing Mr. Young’s vehicle as a weapon which subliminally suggests ramming into police cars that are trying to stop you on the road is tantamount to pointing a gun at the deputies and therefore awarding them judiciary powers.

Deadly force should always be the last resort of public so-called servants and avoided when other measures can be taken to resolve a public disturbance. Mr. Young was not transporting a suitcase nuke and therefore must have been stopped immediately to save millions of lives.

Could the deputies have ended the car chase without shooting Mr. Young? How did they shoot Mr. Young. From inside their vehicles through the windows or did they get out their vehicles to take a shot at Mr. Young. Was there any attempt to shoot out the radiator and the tires to disable the vehicle?

What it appears the deputies did was execute an emotional man having a bad day for running into cars put into his path. Lots of unanswered questions so the next logical question is, where is the dash-cam video? Cue the violins as I’m sure we will be hearing about cop’s right to go home to their families as justification for this killing which is officially still under investigation.